The analysis, views and comments are prepared by Jim Findlay, Farm Consultant. It is an independent personal view with no political or outside input or influence.

It is a governmental requirement that all Regional Councils have a “Water Quality Plan”. The Plan covers the catchment areas of the Waikato and Waipa rivers. The various rivers and streams that flow into the Firth of Thames will be the subject of a future review and plan. It can be assumed it will be similar to the proposed Waikato and Waipa catchment areas.

The stated policy and vision is one that we could all agree with:

“Our vision is for a future where a healthy Waikato River sustains abundant life and prosperous communities who, in turn, are all responsible for restoring and protecting the health and wellbeing of the Waikato River, and all it embraces, for generations to come”. 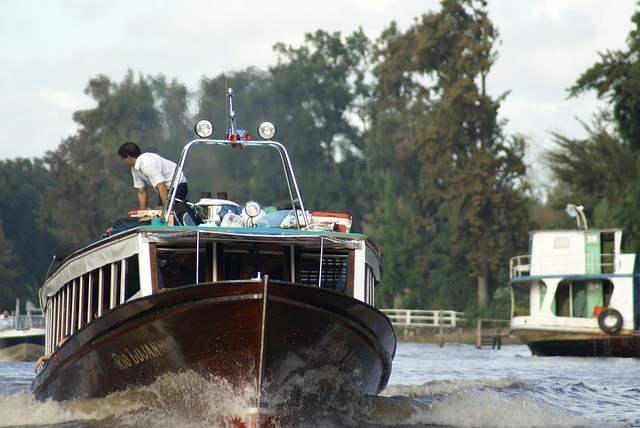 The Plan is described as a collaborative plan where agreement has been sought from the Collaborative Stakeholders Group (CGS). The group includes the major users (farmer groups, rural processors, farm advisors and rural industry representatives), the various Iwi’s and the Waikato Regional Council (WRC).

Some of the issues raised for management strategies are:

2. Rivers provide water for many urban areas in the catchment area.

3. Rivers are used for recreation – swimming, and being aesthetically appeasing. Part of the social wellbeing of a community.

5. Geothermal microclimates add to the ecosystems along on the river.

6. Wetlands adjoining the river systems provide for water purification and are part of the greater catchment management plans.

7. Numerous dams provide electricity for the people and industries in the region.

The Plan has an 80 year time frame broken into three initial groups with the first Plan to be implemented by 2026 – that is ten years.

The Plan targets the reduction of the pollutants - Nitrogen, Phosphate, Sediments and e-Coli in the water, all four being considered with equal status.

How will be done?

2. Farms over 2 hectares will be required to submit a farm management plan known as a Farm Environmental Plan (FEP). The plan will be audited by the WRC. The plan will also be subject to monitoring with annual production and stock numbers required together with the fertiliser and bought in feed invoices that will be supplied to WRC.

3. There will be targeted reductions to move farmers to within the 75 percentile - this is a major reduction in pollutants as measured by “Overseer”.

4. The nitrogen and phosphate levels are determined by the inputting of standard data to the “Overseer” nutrient management programme.

5. There are some exceptions relating to a Waitangi Settlement Land areas and the multiple land ownerships within the same catchment areas.

6. The harvesting of trees will require an application to the WRC at least 20 days prior to harvest.

As of 22 October 2016 all land use changes will require resource content applications.

If we do nothing the Plan will become law that will impact agriculture production and productivity and the region for generations. The other extreme is if the fight is so divisive that it ends in lengthy court battles, the Judge could then decide and the Plan may be worse. We all need to assess the risk of being complacent or fighting to the bitter end!!

1. Prepare submissions and submit them to the WRC for their consideration.

2. Prepare submissions and be prepared to attend the hearing meetings and put your case with all the passion you can.

3. After the submissions either accept the rulings or continue the fight through the courts. This could be expensive with barristers and environmental specialists employed to support your case.

4. We could all take a “Donald Trump” view and in Trumps words “drain the swamp” and thus replace the people who prepared and supported the Plan and start again.

I believe the Waikato River catchment has been improving over recent years, it is never going to be fast as there are excess nutrients in the ground that will continue to cause problems for many years. I do not know any farmer who is deliberately trying to pollute the environment. We just need to continuing to do what we are doing with some gradual improvements. Farm consultants have been part of both the problem and the solution.

Submissions: There is a proposed format for presenting submissions, see the WRC website.

Suggested submissions: It is important to offer an alternative when making a submission – to knock over a proposal will not create a change in view with those who prepared the document!!! Think outside the square!!

1. Cost. The submissions relating to cost are in three areas:

​a. The on-farm costs including the fencing of waterways and the retirement of land from farming and cultivation.

b. The loss of income potential and effect on the whole rural community with production pegged at current level and even some planned reductions.

c. The cost of the bureaucracy:​

​i. The people employed to prepare the farm plans.
ii. The people to analyse the annual submissions to oversee the policies to ensure compliance.
iii. The compliance field officers.

2. Restriction on land use:

a. Fertiliser (including nitrogen) applications will be pegged at the application levels of the last two years and this may have a detrimental effect on production and farming system changes. The target is to achieve a nitrogen leaching level of less than 15 units.

b. Change of land use:

i. Require resource consent applications and this will add to the bureaucracy.
ii. Restriction and the cap placed on vegetable growing land.
iii. The movement of land from drystock to dairying.​
iv. There is a requirement to obtain permission to harvest trees on a farm.

c. Cultivation on land over 150 is a moderate threshold and not practical in many situations. There are many areas in a rolling paddock where the slope is greater than 150 and while it is acknowledged that there is some minimal soil runoff the limits must be practicable. A submission might be to reassess the slope of a paddock at a percentage of a paddock that is over 250. Combine harvesters do harvest on slopes of around 150. Grass to grass with cultivation is common on steeper land.​

a. “Overseer” is a hypothetical assessment based on assumptions. The ability to actually record and confirm the outcomes is limited, yet it is used to set the base for all farming activities.

b. There is a requirement for the users of “Overseer” to use various default provisions for farms and thus ignoring the actual farming situation.

c. Any submission relating to “Overseer” will require a very detailed assessment of some comparative properties against the results provided by the Fertiliser companies using the default provisions as required.

4. The Trump effect. To “drain the swamp” will involve a massive uprising of people, both urban and rural to simply say “enough is enough”. The submission process will need to be kept alive for three years for the next election cycle to take effect. Any major disruption or public votes of no-confidence in the WRC before the next elections will invoke the ire of the government and commissioners could be appointed (see Environment Canterbury). It is difficult to replace government appointed commissioners as they are often part of the swamp!!! The “Trump Effect” will require a leader with tenacity, vision and a strong belief in “draining the swamp”.

It is important when preparing submissions to focus on a single issue. The focusing on an issue allows for a more specific submission and stops a general waffle at the time of presentation. You may like to prepare several single issue submissions.

Please remember that the WRC was divided regarding the releasing of the document and I can only assume that there is some dissention regarding the plan.

Sundry comments that may assist in preparing your submission:

1. There is in excess of 10,000 farm units in the catchment area. Each farm has to present a farm plan that has to be analysed and then reviewed annually. The fertiliser and bought in feeds must be submitted annually for analysis against the plan submitted.

2. There are no suggestions as to where the funding comes from so we can only assume it is increased rates or direct fees levied against the farmers, the benefit is for the whole community!! The urban areas and industry have also contributed to the degradation of the waterways.

3. The costs of fencing waterways with permanent fences is prohibitive and we need to remember that waterways do flood and damage fences, the annual repair costs could in themselves be prohibitive. Does a stock dam, with a drain that flows from the dam have to be fenced off negating the reason for the dam construction?

4. The change in farming systems is complicated. Does the shift in the ratio between sheep and cattle constitute a change in systems and need resource consents? It would appear that it does. The Plan is based on the farms parameters as at 22 October 2016. Please note that many farmers have de-stocked during the dairy downturn and have probably temporarily lowered the fertiliser applications. Most farmers know they can reduce fertiliser inputs for a couple of years with minimal effect on production and productivity, and now they might be stuck with the lower inputs.

5. Dairy farmers receive advice every day of the Milk Urea Units (MU’s). These measure the nitrogen that is being lost from the cow. This may be a better way to measure the soil nitrogen than the “Overseer” programme. A new formula recording the MU’s and the nitrogen in the fertiliser against the stock rates and production could be developed. Something like this might be a positive alternative in a submission – a suggestion that may help find a new way forward, but offering more flexibility for the industry. This is thinking outside the square.

6. The restriction on land use change and the ability to increase production and productivity is likely to have an effect on land values and on the farms profitability.

7. The restriction on arable land for vegetable growing is naïve. There is limited quality land available for growing quality vegetables. Is it the plan of the Plan to starve the people out of Auckland and out of NZ. The controls may lead to more genetically modified foods being grown to maintain sufficient production to feed NZ. The environmentalists will not want GM seeds and crops grown in NZ.

8. Who will benefit from the improved river environment, that is, other than the farmers?:

a. Auckland. Less cost to treat the domestic water supply.
b. Urban dwellers along the river that rely on the water for drinking. Less cost to treat the water.
c. Tourists. Can view a sparkling pristine river!!
d. Recreational users. Boating fraternity, fresh water fishermen and those who enjoy swimming in a river.
e. Latte drinkers of Hamilton when the proposed river bank development is completed. James (Jim) Findlay​

We have posted the notes on our AgSafe NZ website to target a wider audience as people need to be informed independently.